The Three Unifiers, Heroes of Nagoya Nobunaga, Hideyoshi and Ieyasu 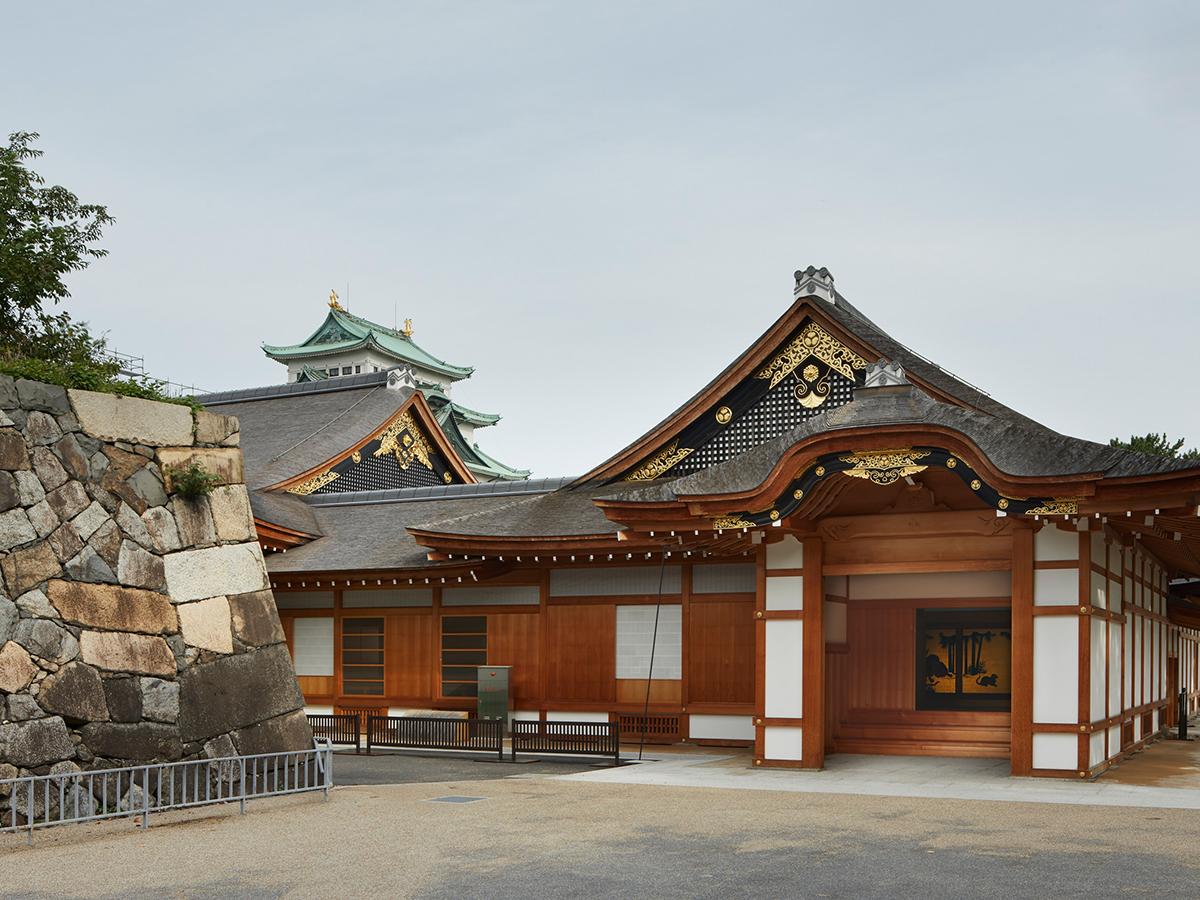 One of the most enigmatic, innovative and charismatic samurai leaders of the Warring States period, was Oda Nobunaga. Born in the Nagoya region, there are many spots associated with Nobunaga, however one of the most famous is the Okehazama Battlefield.

In 1560, Imagawa Yoshimoto and his army of over 25,000 encroached into Nobunaga’s territory and set camp in a hilly area known as Okehazama. Nobunaga departed from his castle at Kiyosu, and although he could raise around only 2,500 men, a ratio of ten to one, he decided to attack the invaders on his own terms, rather than have them come and attack him in his castle.

En route, Nobunaga and his men stopped for a short while at Atsuta Jingu, Japan’s second most sacred Shinto shrine, to pray for success. Throwing a handful of coins in prayer, he and his men were delighted to see them all five land same face up, surely this was an auspicious sign!

Leading his men to Okehazama, now in a southern suburb of Nagoya City, Nobunaga then took a circuitous route, bringing him into a position overlooking the Imagawa headquarters. The Imagawa samurai were celebrating their recent victories, and in the heat of June and belief they were safe, had removed their armor and were drinking when Nobunaga attacked. Nobunaga’s men made a bee line for General Imagawa Yoshimoto’s tent, catching him and his men off guard. Imagawa was quickly cut down, and Nobunaga claimed victory. There are two sites associated with the actual battle, a small park in Nagoya’s Midori Ward, and another in neighboring Toyoake City. Local maps and signs can guide you to the places associated with Nobunaga and Imagawa Yoshimoto, such as the Zensho-ji Fort, the park where Yoshimoto was slain, the Chofuku-ji Temple where the heads of the vanquished are buried, and the remains of the seven Nanatsu-zuka pits where Nobunaga ordered the locals to bury the war dead.

After his stunning victory, Nobunaga gave thanks to the gods of Atsuta Shrine, and to protect the sacred precincts, built a large impressive gate and a high, thick wall of mud and tiles around it. That gate and most of the wall were destroyed during WW2 air raids, but parts of the wall, known as Nobunaga’s Wall, remain, preserved in the forest like surrounds of Atsuta, visited by his admirers and those seeking divine help, just as Nobunaga had done prior to the Battle of Okehazama.

Nobunaga went on to greater success in the following years in his drive to control the nation under one and bring peace to the land. However, in 1582, while on the cusp of achieving the unification of Japan, one of his own highly trusted generals, Akechi Mitsuhide inexplicably turned and attacked Nobunaga in the Honno-ji Temple in Kyoto. Surrounded, and injured in the melee, Nobunaga set fire to the temple’s inner sanctum, cut himself open in the manner of the samurai and was consumed in the flames.
＞＞ Atsuta Shrine

Toyotomi Hideyoshi was born the son of a low ranked Ashigaru foot soldier and worked his way up the ranks of Nobunaga’s army by way of a sharp mind and astute political skills.
Hideyoshi was fighting in modern-day Okayama Prefecture when his counterpart general Akechi Mitsuhide reneged and killed their master, Nobunaga. Hideyoshi quickly sued for peace with those he was attacking, turned his men around, and within days had relocated his forces to Kyoto and clashed with the Akechi troops, defeating them.

Having sought revenge for his master’s death had elevated Hideyoshi’s standing amongst the Oda generals yet again, and by carefully manipulating the sons and the generals of the great Nobunaga, Hideyoshi managed to usurp power for himself in the name of Nobunaga’s infant grandson, Samboshi.

Hideyoshi is said to have been born where the Toyokuni Shrine now stands in Nakamura Park, Nagoya City. About 80m west of the shrine is the Hideyoshi Kiyomasa Museum, dedicated to Hideyoshi and his cousin, the warrior Kato Kiyomasa. Another 80m east of the shrine is the Jousen-ji Temple, with a statue of the man who would rise to become the Taiko, or Great Chancellor, also a tree said to be planted by Hideyoshi, and a number of the local heroes’ personal effects.

Hideyoshi had continued Nobunaga’s push for unification, finally bringing peace to the war-torn nation before passing away in 1598, leaving a five-year-old son as heir. To maintain Toyotomi rule, Hideyoshi had organized a council of five regents, being the most influential daimyo warlords, to rule in his son’s stead until the boy came of age. At the head of this council of five was Tokugawa Ieyasu.
＞＞ Nakamura Park
＞＞ Nagoya City Hideyoshi Kiyomasa Memorial Hall

Ieyasu was born in Aichi Prefecture’s Okazaki Castle in 1543 at the peak of the civil war period. His father’s lands were being pressured by the Oda clan to his west, and the Imagawa clan to his north and east. An alliance was required to survive, but just who to trust was a bone of contention between him and his own men. Deciding to ally himself with the Imagawa, he sent his then six-year-old son Ieyasu as a hostage to the Imagawa. However, the samurai entrusted with delivering the boy to the Imagawa believed an alliance with the Oda clan was in the better interests of Okazaki, and so the boy was diverted to Oda Nobunaga’s father. From six to nine Ieyasu was a hostage of the Oda, and in a later hostage swap, was sent to Imagawa Yoshimoto for the following 10 years.

Ieyasu was finally free of the Imagawa in 1560 aged 19, when Imagawa Yoshimoto was killed by Oda Nobunaga in the Battle of Okehazama. Ieyasu later allied himself with Nobunaga, and later still with Toyotomi Hideyoshi.

Two years after Hideyoshi’s death, in 1600, the nation was split into two factions, the pro-Toyotomi Western forces, and those now loyal to Ieyasu, the Eastern forces. Both sides came together in the center of Japan at Sekigahara, just 50km west of Nagoya where the greatest of samurai field battles took place. 160,000 samurai fought for seven hours before Ieyasu claimed victory. Two years later, Tokugawa Ieyasu became Shogun.

While there were still those loyal to the Toyotomi clan in Osaka, there was still the potential for war. To prevent the Western forces from entering eastern territories, and to protect Ieyasu’s base in Edo (Tokyo) a most magnificent castle was built in Nagoya, right on top of the Oda clan castle where Ieyasu had been kept as a child. Nagoya castle was one of the best designed, most impressive castles ever, a true show of authority. From Nagoya Castle, with its iconic golden tiger-fish roof decorations, Ieyasu would lead two more attacks on Osaka, destroying the last vestiges of the Toyotomi clan and cementing his total control over Japan. He died two years later in 1616 aged 73.

Nagoya Castle and its masterpiece Honmaru Goten Palace should be at the top of your visit list! Ieyasu’s son, the first lord of Nagoya, Yoshinao’s descendants would continue to maintain the castle, and on the collapse of the feudal period in 1868, handed the well-maintained castle to the authorities. Nagoya was the first castle to have been designated a National Treasure in 1930. The Nagoya based Tokugawa clan would later establish the Tokugawa Art Museum, the world’s finest collection of daimyo warlord arms, armor, arts and artifacts, including numerous National Treasure designated items, scrolls, and personal effects of the Great Lord, Tokugawa Ieyasu himself. This museum and the adjoining Tokugawa-en Gardens and Nagoya Castle are just a few of Nagoya’s must-see spots.
＞＞ Nagoya Castle
＞＞ The Tokugawa Art Museum
＞＞ Tokugawaen

Nagoya, Home of the Heroes

The spirit of these Three Unifiers is alive and well in Nagoya City, and you can feel that spirit, walking in the footsteps of the heroes of Nagoya.