The Story of Japan’s Financial Powerhouse,
Nagoya, and the Art of Manufacturing 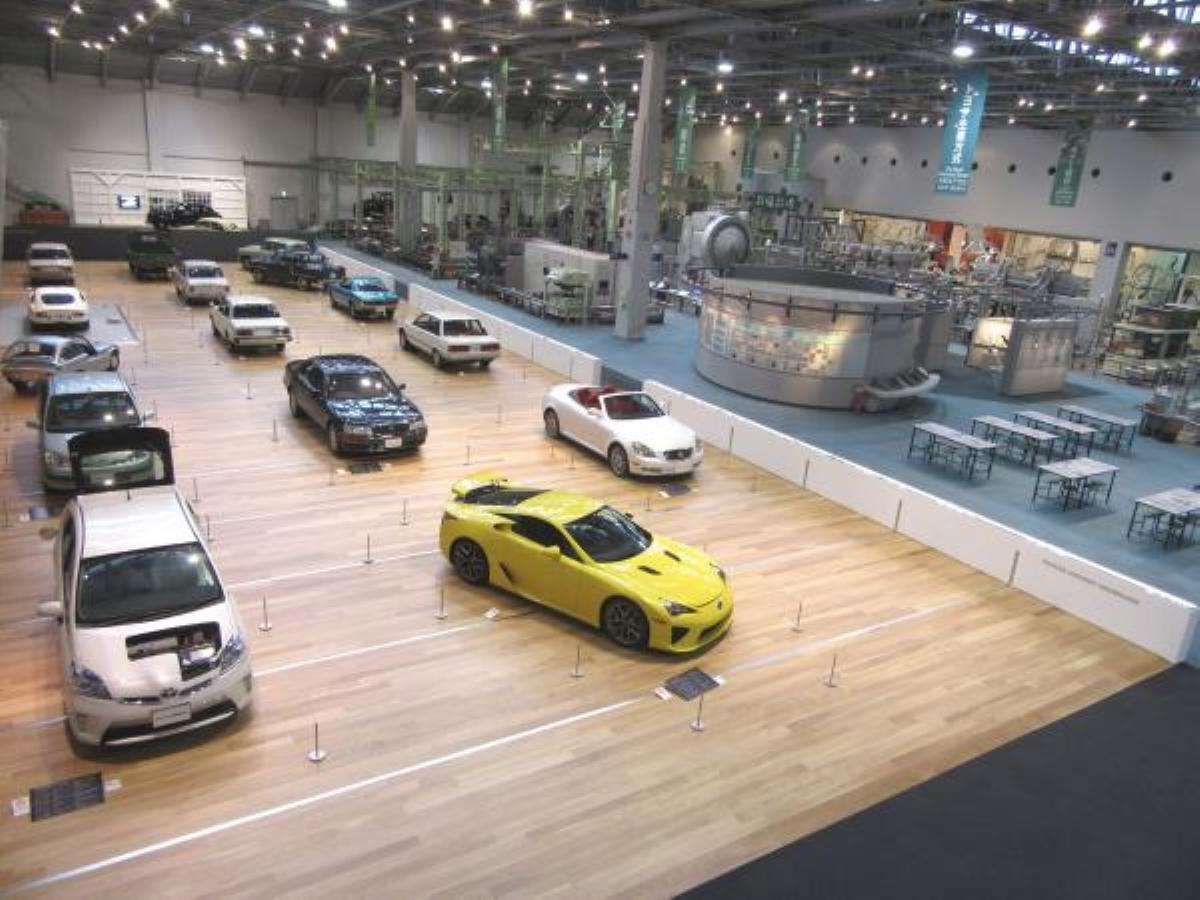 The story of Nagoya is one of innovation. During the Sengoku, or Warring States period, the region’s samurai were among the most ingenious and daring, creating advanced weaponry, armor, castles and tactics. During the peaceful feudal period, the lords of Nagoya maintained that innovative spirit, encouraging the arts, crafts and manufacturing among the populace. Following the collapse of the Shogunate in 1868, Nagoya again took the lead in rebuilding Japan, turning manufacturing into an art form, which in turn made Nagoya City and Aichi Prefecture the financial leaders of Japan. Many world leading manufacturers began here, and it is not just the quality products, but the fascinating stories behind these companies that is beginning to attract a new wave of industrial tourism.

The story of Toyota is just one of those success stories. Toyota began as a manufacturer of cloth weaving looms, utilizing the technologies developed for their innovative automated weaving machines to create the world’s leading vehicle production lines and finest cars. The Toyota story starts in Nagoya at The Toyota Commemorative Museum of Industry and Technology.

The Toyota Commemorative Museum of Industry and Technology museum is built on the site of the original Toyoda Loom Works production plant that later became the site of Toyota’s very first production facility. The old factory has been preserved and is dedicated to explaining the history of the Toyota Motor Corporation from its roots as a weaving loom manufacturer to becoming a world leader in vehicle manufacturing. The first stages of the museum are dedicated to early spinning machines and looms, explaining the procedures and advances made through history, and Toyota’s role in improving production quality and quantity. The following section is devoted to the company’s diversification into automobiles, and the development of the first engines and passenger cars. The final sections include a classic and futuristic car museum display area, factory and robotics exhibits.
Another highly recommended place is the Toyota Automobile Museum in Nagakute, on the outskirts of Nagoya. This is one of the world’s finest and most fascinating collections of automobiles. Over 140 motor vehicles from various makers and various eras are on display in this car culture and car history museum. This excellent museum is without doubt, the story of the car.

Located just outside Toyota City, and built to commemorate Toyota’s 10 millionth vehicle, the Toyota Kuragaike Commemorative Hall tells the story of the company’s founder, Toyoda kiichiro. The audio-visual exhibition rooms explain his dreams, aspirations, and the many problems he overcame to build his empire. Old photographs, detailed explanations, intricate models and special videos are presented in an informative and easy to understand manner.

The pavilion also houses a number of old production cars, Toyota race team vehicles, and the Kuragaike Art Salon, an extensive collection of fine artworks purchased and owned by the company for decorating board rooms, conference rooms, receptions, foyers and offices. Just behind the hall is the relocated, fully furnished and preserved former residence of founder Toyoda Kiichiro, designed and built in 1933.

Japan’s iconic Bullet Train, the Shinkansen, has long been regarded as a symbol of the nation’s advanced technology, precision and efficiency, and was developed around the Nagoya area. Similarly, Japan’s extensive and orderly train services too have long been admired, and this rail museum provides a fascinating look at Japan’s past, present and future railway systems. Around 40 steam locomotives, electric and diesel railcars, rolling stock, all versions of the world renown Bullet Train and even the exciting next generation Maglev, Superconductive Magnetically Levitated Vehicle is on display at the captivating SCMAGLEV and Railway Park, along with one of Japan’s largest train dioramas, Bullet Train and conventional train driving simulators and more. This dynamic railway museum is a must see!

Vermucula is a quality cooking ware range of cast iron and enamel pots made by Nagoya based foundry manufacturer Aichi Dobby. The story begins in 1936, when Aichi Dobby originally specialized in precision hydraulic parts for cranes, trucks and machinery, before diversifying its castings technology into cookware such as Dutch ovens.

The story unfolds at Vermicular Village, a stylish development area along Nagoya City’s Nakagawa Canal, on the site where Aichi Dobby originally began. It features a flagship Vermicular shop, a restaurant and bakery café serving dishes and produce made using Vermicular cooking ware so you can taste the difference. The Vermicular development center, cooking studio and atelier help make up the popular village.

For over 110 years multinational electrical equipment and electronics manufacturer Brother Industries have been a world leader in home and industrial sewing and cutting machines, typewriters, inkjet and laser printers, scanners, electronic stationary, karaoke machines and many other items designed to make home life and office life that much better. The Brother Museum, opposite the company’s main headquarters in the southern suburbs of Nagoya City tells the Brother story in this simple yet fascinating museum.

Many a story has been told across the dinner table, and for many across the world, owning a set of prestigious Noritake tableware was seen as a status symbol, brought out only on the most special of occasions. Noritake originated in Nagoya in 1876 just north of Nagoya Station and was initially aimed at serving the international tableware market. Today it remains one of the most respected names in quality tableware. The antique red-bricked former factory buildings and kilns have now been preserved and fully refurbished, while the grounds have been landscaped to create the tranquil Noritake Garden. The museum displays a vast collection of highly sought-after classic hand-made Noritake cups, saucers, plates, bowls and items across the years, while the craft center offers a glimpse at the skilled craftsmanship involved and the opportunity to try making original Noritake ware. Even if tableware isn’t your cup of tea, the Noritake Garden, Museum and Craft Center will fascinate you. Incidentally, the center’s café and restaurant serves beverages and meals, naturally on Noritake tableware.

～The Names, the Products and the Stories～

While the names, the quality and reputation of the many Nagoya based companies and manufacturers is well known, we hope you’ll now discover the heartwarming stories and human faces behind each and every one of them. Industrial tourism isn’t just looking at factories and machines, it’s all about knowing the story. The stories that start in Nagoya.